It was with some trepidation I decided to go on this training camp. When I initially signed up, I envisaged a successful heart procedure and a gradual recovery to get me close to my fitness level of September 2017.

As many of you know, it has not been a straightforward journey. Even so, the thought of twenty degree heat, sunshine and an amazing choice of activities in February swayed me to go ahead
anyway. I messaged Joe Beer and he said I could do as much as I liked, and I would get lots out of just by being there.

Minus four, surrounded by snow and ice, we headed off for Liverpool airport. So, a four hour flight to Arecife in Lanzarote and back to the special place that is Club LA Santa. Here exercise and activities are the norm, where the three outdoor 8 lane 50m pools are often buzzing to the sound of international swimmers enjoying their spring training camp. Ironman tattoos are commonplace, I did spot a few Olympic Rings tattoos, and the individuals looked like they had earned them! You can do almost any activity you can imagine, and mostly they are included in the price of the accommodation.

We had the welcome session on the first morning and my take away was, ‘you do as much as you wish, don’t smash it in the first couple of days, because the programme is six days long, and if you drop a session or two, no problem, join in when you are ready.’ That suited me.

For the swimming sessions we had six lanes for 30 swimmers, I was in lane two, the second slowest, with a group of similarly paced swimmers. There were four coaches headed up by Dan Bullock, of ‘Swim For Tri.’ I chatted to Dan a lot, he is a great guy. Masters swim champion for several years, a collegiate swimmer in the states and in the GB squad for the Games, but just missed out. He has a coaching style that identifies the one improvement he wants you to make, explains it simply, repeats it and it works. Our last swim session of an hour and a half was 3k, including a 20 x 50m set, where each 50m we were asked to focus on one key aspect of technique. He managed to time the 50m for three lanes, and the seconds kept falling away until the 13/14 th 50m……. Anyone who wanted to could have a short video of their swimming, from above and underwater. Dan reviewed this later, and made one comment per swimmer on how they could improve, for me it was head position.

There were other improvements he identified for me, which I am now working on. There were a couple of inputs, which I found helped put in context what we were doing, and helped cement the learning. Clear messages; Consistency of training, gradual improvement, the importance of rest and recovery and the importance of feeding. I took the feeding information to heart, making sure every 20 – 30 minutes on the bike I ate something, drank frequently and stole Kath’s electrolyte powder and Jelly Babies. It worked.

I was concerned about the biking. I know I struggle to keep up on the hills. This is a great dent to my pride, but I also did not want to hold people up. We had 4 groups, I was in group 4, I was nearly the slowest in the group up the hills. I explained my health issue, and my group were amazingly supportive. They would go at a reasonable pace, I could keep up on the flat and was the fastest and most confident going downhill, but uphill, they would gather at the top, then without fail congratulate me on getting there. They insisted I come on the four hour ride, with a long climb. I joined them, and when I did eventually reach the summit of Mirador, I was greeted as if I had just won the hill climb! I was some minutes behind the group. Mind you, I skinned them going down!

I did see the other groups on the road, they were going at an appropriate pace for their ability, which I can only dream of. But they seemed to be having a grand old time. One day it was very
windy, so the biking was cancelled and we had a spinning session. This focussed on cadence, pedalling technique and breathing on the bike, much easier than practising on the road. More improvements to adopt.

The running sessions were relatively easy, lots of drills, including some breathing drills which I had not come across before. By coincidence I am now reading a yoga book, that describes the same technique, watch this space for another one-off session for the tri club. The big take-aways for me were, run on soft surfaces, warm up slowly, use practice drills (just as you would swimming), jog/walks are good, keep your heart rate in the lower range (55-80%), practice nose breathing (possibly another session). Used regularly, it helps you become more efficient at respiration at lower effort levels, that transfers to harder efforts when they become necessary, racing!

I did not do every session. But the two I missed, I did something similar, if not a bit shorter, a bike ride of an hour instead of an hour and a half, and a jogging session on my own on the grass instead of a 30 minute run on the road. Everything else I did, including the ‘mini tri’. I have never got so much pleasure from completing an event.

Was it worth it? Absolutely, definitely. I feel mentally and physically stronger. I am clear about my current level of fitness and I am at last comfortable with that reality. I did 21 hours of exercise in six days, and felt fine. I have completed my first tri in over 17 months. I have met some great people, both coaches and participants and hope to see them again. The venue just makes it easy to do stuff, facilities, weather, restaurants, CLS staff. I am planning on returning next year, by then I hope my fitness will have improved and who knows I may move up a group! 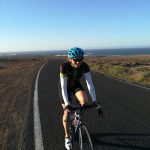 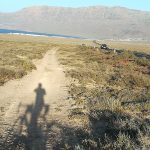